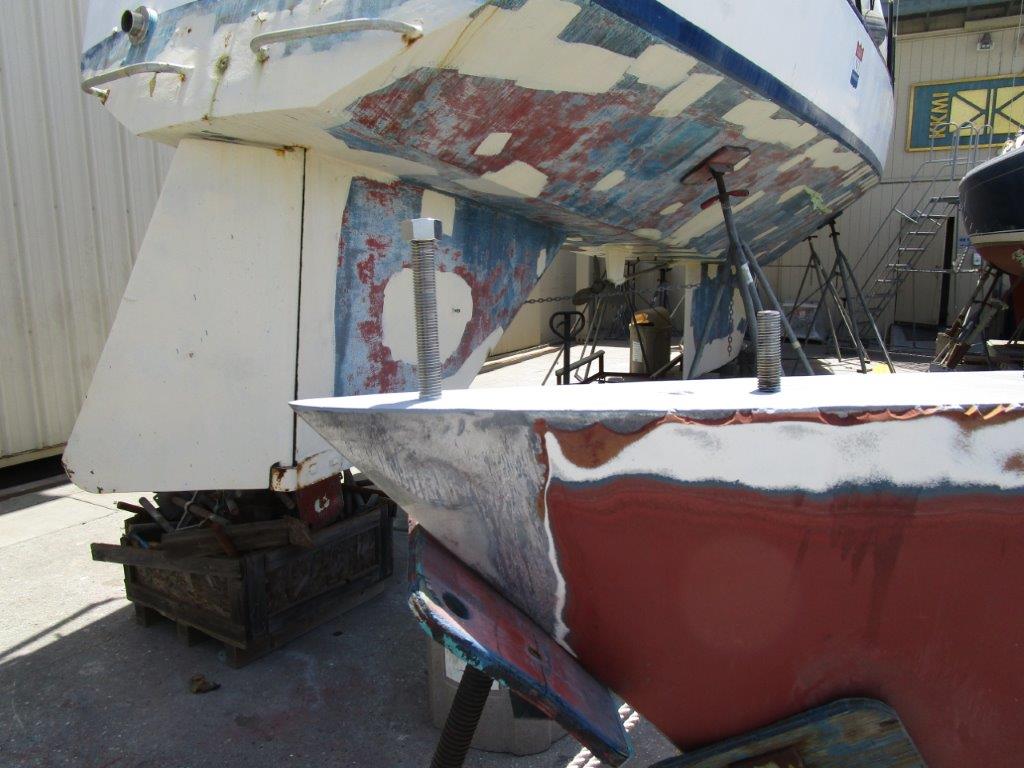 The short answer is to find a competent boatyard and have them replace the bolts. Here’s how it worked in my case:

After removing my keel from my boat as part of my hull fiberglass repair, it was revealed that my fore and aft keel bolts had weathered excessively.

For the forward bolt, given the slope of the leading edge of the keel, the yard decided the best way to effect a repair was to drill out the old bolt, then cut out a notch to insert a new bolt.

The old bolt was a J shape, and the dangling portion will remain in the keel block:

A new through-bolt was attached from beneath and epoxied in place.

This bolt connection was then epoxied/faired:

For the aft bolt, the weathered connector was drilled out and a round piece of stainless steel bar stock was drilled and tapped to serve as a holding nut.  The fabricated bolt was then epoxied in place.  The new bolt is wider than the OEM Ericson bolt.

After what has felt like a very long time, the keel is now ready to be reattached to the boat.  The question remaining is whether the connection will require an epoxy bedding or whether generous amounts of 5200 will suffice.  So says the yard, anyway.

Last but not least, the substantial ding I took out of the bottom of the keel by hitting a rock at 7 knots has been cleaned up and faired: 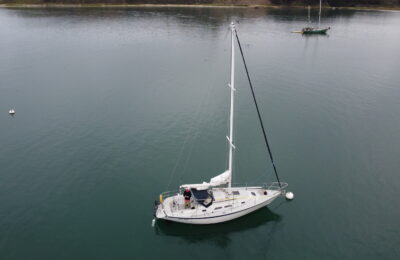 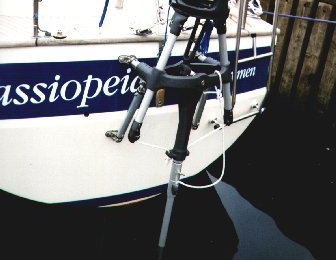